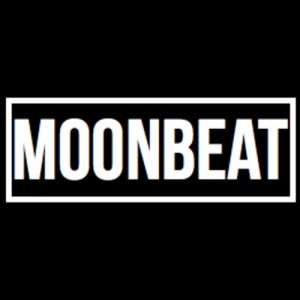 So how did it all begin?
I’ve been playing the piano ever since I was a kid. It wasn’t until about 2 years ago that I got interested in the production behind my favorite songs, so I decided to give it a try!

Where do you live?
Los Angeles, my hometown.

Where did the name come from?
When I was making my SoundCloud page I decided to call myself MoonBeat. Now that I look back I think it’s kinda cheesy, but its grown to be like a second name, so I can’t drop it now!

What’s the best event you’ve played at/put on?
Believe it or not I’ve never played a live show! But now that my music is starting to take off I have more confidence to start doing all that stuff. Those plans are still in the works.
Its funny too since my name on SoundCloud is “DJ MoonBeat.” But that’s mainly because “MoonBeat” was already taken!

What was your first record you bought?
I used to be really into indie/rock music. I think the first record I got was Iron & Wine’s “The Shepherd’s Dog.” It’s really chill and easy to listen to all the way through.

Out of all the tunes you have, which one ‘never fails?’
Probably my remix of “Royals” by Lorde or my original song “Violence.” Those never get old.

What’s you favourite tune of all time?
The Glitch Mob – “Fortune Days.” Such a cool song.
Also anything by Justice.

So how is the scene in your eyes at the moment?
Everything’s really laid back. I’m slowly working on my second EP – I’ve already finished a couple of songs. Its a slow process since I still go to school and everything. But it should come around early next year. And I’ll still try to release some banger remixes in the meantime to keep listeners on their feet.

What advice would you give to up and coming DJs/Producers?
Keep doing what your doing and DON’T be afraid to experiment with your sound. It’s all about finding a genre that fits you, and if other people respond to it that’s just icing on the cake 🙂

what do you think of sohblog
I love it, of course! Your one of the first to support my music, and I’m really thankful for that. Plus it’s great for when I need new music!