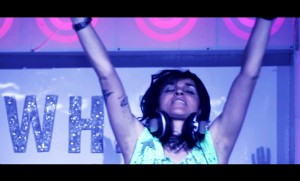 So how did it all begin?

I am fully involved in music since I was teen and year after year, I have experienced studies, collaborations, several projects and works of various genres but all music-related.

My EVO-K project was born in 2005 and in 2007 it has undergone a deep change in terms of awareness of where I wanted to aim, my sound and the features of my live performances.

Where do you live?

Although I have rather little time to spend in my own house, I currently live in a small town on the northern coast of Lake Garda (North Italy), about a hundred kms far from Austria.

Where did the name come from?

EVO-K means exactly “the EVO-lution of K-am” (Kam is my name), it stands for my artistic and stylistic evolution.

What are your upcoming projects

I am currently completing the works on my new album, which is probably the most interesting production I did this year. It will mark the end of my creations of 2013 and welcome the new year with an exclusive release planned for January 2014.

I’d like to say a few words about this work because it involves some very interesting names of EDM international scene such as the amazing Uruguayan Dj composer Sandro Peres, who shaped a -not-to-be-missed- featuring, giving the album a special mystical touch thanks to his refined progressive melodies. Add to this, an offbeat co-production with the renowned Canadian Neil Hatherall, the man behind the “King Kornelius” moniker!

you can then expect a very unconventional Electro House EP that will capture your soul and at the same time, knock out your eardrums!!!

One last thing I would like to inform your Sohblog readers, is about 2 forthcoming releases scheduled for the second half of November 2013: the Big Room single “HOOKED” out for the Spanish label Intraxx Records who recently released also a Beatport Top100 hit by Blasterjaxx; and a definitely odd official remix of the song legend in the Music History “WALK THIS WAY” of the giants Aerosmith ft. Run DMC, out soon for the Spanish label Line Up Records.

Two tunes for sure to be added to your Electro House collection!

Which other countries have you played/put parties on

Rather many. In recent years I fortunately had the opportunities to play in France, Italy, North America, Egypt, Switzerland, UK, Germany, Russia, Turkey, Croatia, Malta, Mexico and… this list could go on quite a while yet!

I performed at so many great events in the last 3 years but to date, the one that ravished my heart was a huge open-air event at the Brandenburg Gate in Berlin (Germany)… something really majestic!

What was your first record you bought?

Uh! the million-dollar question!! I’d say it was the “The Doors Greatest Hits” vinyl-LP and I bought it 2 times in a month, to be sure to have 2 copies 🙂

Out of all the tunes you have, which one ‘never fails?’

Among all those released to date, it’s doubtless my track “TRUTH TAKES TIME” that has my own vocals but featuring the amazing Russian Mc Jogi (inter alia, published by Ehtraxx, the Brazilian label of Eliezer Hofstaetter), every time I play it the dance floor gets heated up!

What’s you favourite tune of all time?

…another hard-to-answer question!! I have a really wide music culture, as well as my collection of vinyl records, cassettes, CDs and other audio supports. I cannot really answer what is my favourite tune of all time. I prefer to answer what is actually my favorite tune: the great masterpiece of the French Hugo Pierre Leclercq, better known as Madeon. And among all of his outstanding productions (it’s almost unbelievable that he is so young and so …… forward!) my fav. one is “Technicolor”. I am so in love with this song that I decided to realize an exclusive featuring with my own vocals.

A news to all Sohblog readers: from a few days this featuring is in “FREE download” on my official SoundCloud page ( http://bit.ly/1cl7Ddo ), so give it it listen and feel free to download & share it… like hell!

So how is the scene in your eyes at the moment?

If you ask me about Italy, well…. the Italian EDM music scene is unquestionably collapsing, that’s why I have no interest to be very involved in my country as it really has very few interesting future opportunities.

I would rather say that, eg. some East European countries are today well coming to the fore (Croatia, among all). America’s EDM scene you know, is having such a big time!!

Not to mention Asia, in the last couple of years it’s becoming more and more an EDM destination for top international acts and events. I think there are enough countries where the EDM scene is thriving.

To conclude my answer, as you all may have noticed there are so many great and skilled Dutch producers who are doing quite well at the moment.

What advice would you give to up and coming artists?

Some small but valuable advices should be:

first and foremost, be yourself, do what you like and don’t be a sheep in this world (ndr)! Do your best to produce your own music, always be original and not a bad or fair copy of someone else!!

Secondly, don’t be pretentious. Take just a bit more time than you think you need, to learn in depth how to make decent songs, ask many people (other producers but also standard djs or simply music lovers) for feedbacks and criticism.

Third and final piece of advice, put all your emotions in your tunes (any genre you’re working on!), only in this way you will achieve the right goal. Without emotions and without passing through… the strings of your soul, you can really give yourself to horse racing!

What do you think of sohblog

Guys, you have set up a very rich and useful EDM blog! From what I see, you are very up to date and you also give a considerable space to every Artist and news you speak about. Moreover you are quite active in Twitter, too, that’s why I think you have all the cards to become viral and accordingly a reference EDM blog.

Finally, let me say a big thank you Sohblog for this cool interview and for giving me some space to tell you a bit of my story! See ya around the world! 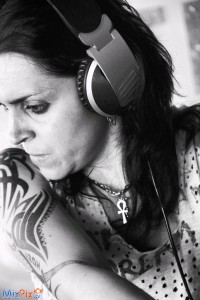 New Design Made by: http://www.youtube.com/user/zRevoFX
Check uot his channels! 🙂

Send me your promos, mashups, remixes or productions at: ehm.youtube@yahoo.it
You can hear your production in one of my next mix (or in a top 20, if it’s really good)

Thanks for watching, listening and sharing!
Be sure to like my facebookpage for more stuff! 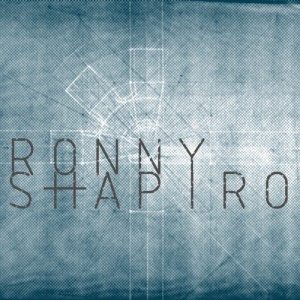 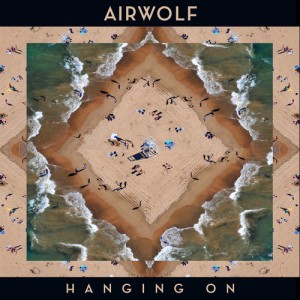 Claiming official remixes for Muscles (Modular), Parachute Youth (Sweat It Out!) and Trumpdisco, Australian based DJ/Producer/Photographer Airwolf has already set a standard high for himself. His noticeable production skills matched by his energetic DJ show he now turns in an infectious slice of drive-time summer vibes on new single “Hanging On”.

Growing up on healthy dose of musicality (his father still showcasing his skills on the decks today) Airwolf’s DJ residences cross borders, four states in total Australia wide, and support slots alongside the likes of well, everyone on festival stages from Summadayze and Falls Festival to Splendour In The Grass have made him a known figure on the Australian indie dance scene. Now Airwolf takes the natural progression up from DJ to Producer to Hook Merchant – the sound on “Hanging On’ infusing all the fun of bare-feet festival-field dancing with the uptempo vibe of cruising an Australian coastal beach town looking for true teen love! 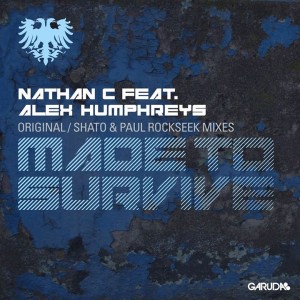 London-based producer Nathan C validates why he was “Made To Survive” with his new track featuring the powerful vocals of Alex Humphreys. Out now on Beatport through Garuda Music, the fresh original comes paired with a SHato & Paul Rockseek Remix.

The official resident for the world famous nightclub Ministry of Sound, Nathan C has gained notoriety for originals like “God’s Love” and remixes for Chase & Status and Crystal Fighters. Now his debut on Gareth Emery’s label, Nathan C’s perseverance into the forefront of the scene has become obvious with his latest production.

“Made To Survive’s” moody piano intro and harmonious chorus led by UK singer Humphreys set the tone for the powerful sing-along tune. As it drives into an epic synth-fueled crescendo, you’re only given a moment to catch your breath before falling into a flurry of bouncing melodies and energetic riffs.

The Czech duo SHato & Paul Rockseek’s remix debuted on the Gareth Emery Podcast and displays a more playful version of the original, beefing up its chords and elevating its dance-friendly status. While keeping the basic elements of its derivative, the remix provides a new, fun take on the original that will be sure to keep your body moving. 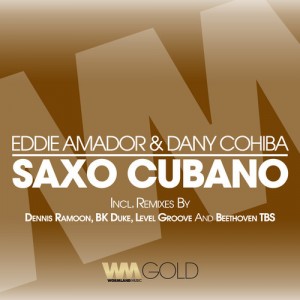 Next on our delicious Wormland Gold imprint is a legend of House!
Gold regular Dany Cohiba teams up with Mr. Eddie Amador best known as an international house music producer, remixer and DJ and famous for his worldwide Club-Hit “House Music”.
Their new collaboration tune “Saxo Cubano” is a masterpiece of true house music with a great live played saxophone a sexy groove and brilliant underground vocals.
We can expect this one making some big waves around the globe! Don’t miss this tune.