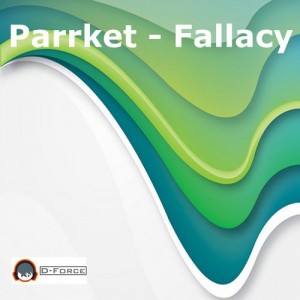 Thriving underground dance label D-Force this week lifted the lid on their latest release ‘Fallacy’ featuring Croatian talent Parrket. The gifted European has been releasing quality electronic cuts for over a decade and has already enjoyed singles on the likes of Plasmapool, Morphosis, Balkan Connection, Endemic and Rezongar to name just a few. Now joining forces with the ever-reliable D-Force Records ‘Fallacy’ arrives this month after a long pre-release hype that secured support from Ex-Plosion, Made2Dance, Dj Allex, Dimane, Arthur Distone, Ad Ryan, Minemice, Jasmine June, Cloud9music, Feiyr and many more. With a second offering in the package from label frontman D-Force, the bundle is a double header that’s already making waves internationally on release week. Parrket’s popular style has made him a go-to talent both in his native Croatian and beyond and with this latest release, we can only expect his already powerful presence to rise further still.